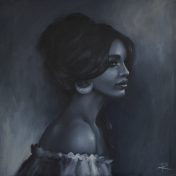 THE NEW BOOK IS COMING! It’s done! And I’ve been absolutely jumping out of my skin to tell you! The new book is finished and will be launched in just a couple of months. It’s another big one, as you can see from my rather large stack of pages! About 400 pages, actually.     Once again it’s set in… Read more » 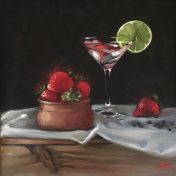 Well, what a cracker 2017 was, and so keen to jump into 2018 with both feet! And, as Natalie says in Love Actually (don’t tell me you don’t love that movie too!): “If you can’t say it at Christmas, when can you, eh?” My heartfelt love and thanks for all your support this year – I really couldn’t have done… Read more » 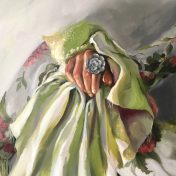 My newsletter is a little early this month … with breaking news that just couldn’t wait! Firstly, I’m delighted and absolutely honoured to have been selected as Finalist in the 2017 Portia Geach Memorial Art Award with my portrait of Jess Cerro aka Montaigne. For those of you who’ve not heard of this award … imagine the Archibald Prize, but for… Read more » 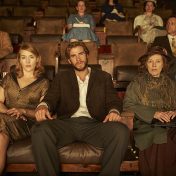 This month I’m honoured (and a fair bit excited) to hand my blog over to a novelist and screenwriter that all Australians will know. And pretty much the rest of the world too, I’ll warrant. She describes herself as an “accidental novelist”. In novel-writing class, she got an assignment to write “a 500-word synopsis of your book”. ‘I had an… Read more » 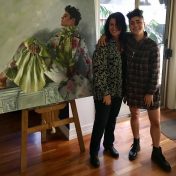 Another year and another Archibald Prize, wow! Unlike last year’s masterful and painterly depiction of Australian icon Barry Humphries (aka our beloved Dame Edna) by Louise Hearman, this year’s winner, Mitch Cairns, with his modernist portrait of artist Agatha Gothe-Snape has sparked nothing but controversy and chaos.     Former trustee of the Art Gallery of NSW and 2005 Archibald… Read more » 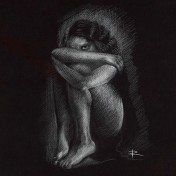 Another excerpt from THE RED DOOR in which we visit the notorious Kirkbride Block at Callan Park Hospital for the Insane.   The insane asylum, located in the grounds of Callan Park, an area on the shores of Iron Cove in the Sydney suburb of Lilyfield in Australia, was used for the housing and treatment of patients from 1878 until 1994. Famous… Read more » 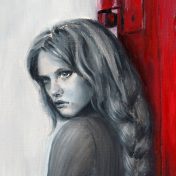 Flashing back to 2012, on the day I first walked past that mansion in Glebe, one of the oldest suburbs in Sydney. The magnificent old building riveted and mesmerised me. It was fronted by a brightly painted door, a glossy façade, and I began imagining what the door might mask, what it could have concealed over the last 150 years: nasty, shameful secrets, possibly… Read more » 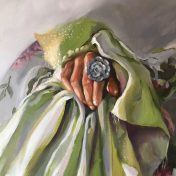 Hallå! It’s been a massive month here at Atelier Fedele – between wrangling the naughty nautical and the budding Blanchett (exciting news there, but our lips are zipped for now!), I decided to: Plunge further into my current work-in-progress, here’s a sneak peek:     Launch into a complete read-through and re-edit of the manuscript for book two (exhausting!)  … Read more » 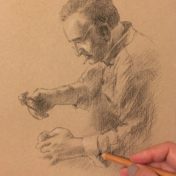 Ciao art- and book-lovers! It’s been a long while between portraits, mainly because it’s a total hoot writing and illustrating books. And painting vintage cars, of course  But earlier this year I discovered a remarkable young person who inspired me to lift my portraitist’s brush once again. I won’t tell you her name just yet, but here’s a sneak peek… Read more » 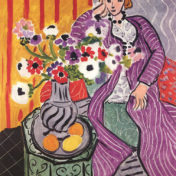 Hello lovelies! A couple of months ago I had the pleasure of introducing you to journalist and art historian Jennifer S. Alderson, author of The Lover’s Portrait, an art mystery about an American art history student who finds clues to the whereabouts of a collection of masterpieces hidden somewhere in Amsterdam, secreted away in 1942 by a homosexual art dealer… Read more »