I know I’ve thanked everyone via Facebook and Instagram, but I’m going to do it again. THANK YOU to every single person who came to the launch, bought an ebook (or a real book!), shared, talked or promoted the book in any way – you are all super Ninja legends and huge hug to every one of you! I never dreamed that the last year would bring so many beautiful new people into my world ? Maddie thanks you, Annie thanks you and Claudia thanks you most of all ?

Special mentions to Jennifer and Ally Mosher, Sekneh Hammoud Beckett and Allan Goldsworthy, and, of course, my super supportive family who travelled faithfully and loyally on the journey.

In answer to your next question, Book Two (or as I’ve been calling it, the Untitled Little Bugger) is out with beta readers at the moment (two in the US and one in the UK) and I’m crossing my fingers they’re not hating my favourite bits. Like this one, for instance: 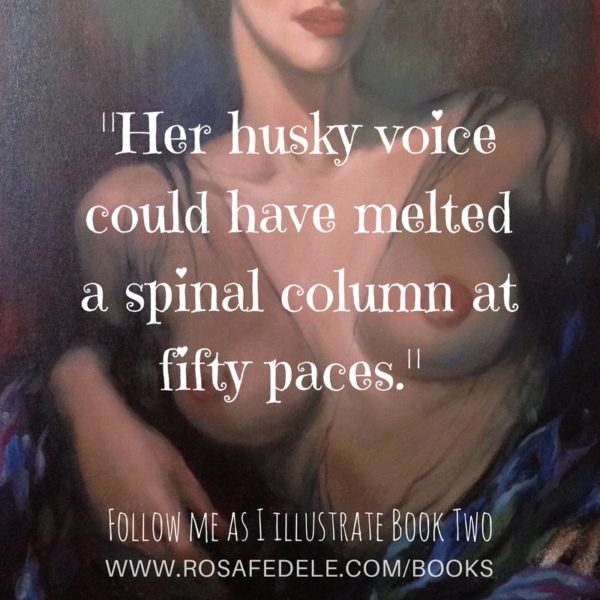 I don’t do spam, recipes or horoscopes.

I DO do arty-farty-literary things and the occasional photo of kittehs.

Sydney-siders, it’s that time of year again – the Balmain Art Show, 12 & 13 November, 2 Eaton Street, Balmain. Further indulging my inexplicable love of vintage cars, there will be several on exhibit, like this one: 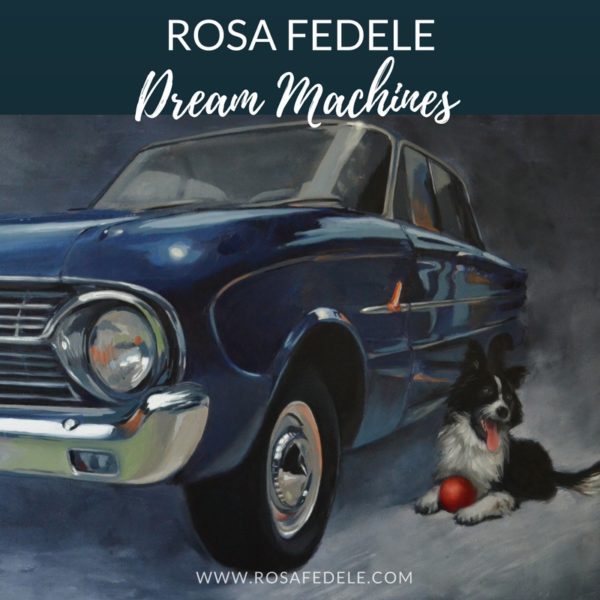 Now, to business. Guess what? It’s official. Thanks in no small part to Jamie Dornan and, of course, Liam Neeson, in 2016 the Northern Irish Accent was voted the sexiest in the world. But I’d already started writing my character’s part long before that. I pictured him more as a dark-haired River Phoenix (remember him?). Here’s a bit from the very beginning of the story, raw and unedited:

“It was the Irish accent, a lilting brogue, weaving up and around and between, like a silvery spell-binding song, which stopped my breath.

‘Are ye all right there, miss?’

He stood at my gate, smiling, watching me heave and retch. The tool belt and muddy boots indicated he was one of the labourers from the massive building site across the lane. That was the first time I met Arthur, on the morning of the attack.

My supervisor had driven me home. It took him an age to find a park, finally stopping in front of an old ute and walking me to my door, waiting as I fumbled to insert my key into the lock. Poor Al, how flustered he was! He didn’t know what to do, or how to help. Although horrified at what had happened that morning, it wasn’t something he could simply write up in the case report for the Department of Community Services. They would laugh at him; he would be called in to account for himself, and for me, and we’d both likely be referred for psychological assessment.

Hesitant, and without wanting to appear too familiar, he reached forward and patted my back. ‘The boyfriend?’ he asked. His face was creased with worry.

‘Yes,’ I said with conviction.

The frantic call had been received the night before, yet again about the young family from Lane Cove, the ones who lived in one of the thousands of apartments in what Al called “Flat City”, this time from an elderly woman reporting screams and crashing. We planned to make the visit to the block early, before the boyfriend could disappear. I’d made the mistake of skipping breakfast; stupid thing to forget, because the worst always happened when I was tired or distracted, or hungry.

When we arrived at the flat, it was again a muddled and filthy mess. Stacks of unwashed pots teetered on the cooktop, and the reek of rancid milk and rum permeated the small space. Unattended, the toddler squalled in the playpen. The mother, mute and with her arms crossed, glued her eyes to the ground and ignored the insistent whine of the baby.

‘I don’t suppose you want a cuppa?’ the boyfriend had offered ingratiatingly. He stood close to his mate; his manner caring and watchful, his hand resting gently on the girl’s shoulder. The baby’s fouled nappy sagged. My nostrils flared. I eyed the girl’s puffy mouth and long sleeves and sighed to myself. The child would not withstand another pummeling, and the mother probably couldn’t either. Al asked the usual questions, a drone of voices. I watched on silently, trying to take in as much detail as possible but actually wanting to get far away. The boyfriend answered Al’s questions casually, coolly, but his eyes darted about, not once meeting ours. I shuffled my feet uneasily on the sticky carpet.

I didn’t see him turn to look at me while Al’s head was turned away. I didn’t notice the bullying set of his chin, nor the smug glint in his eyes … I was, in truth, pondering the merits of poached eggs over scrambled when it happened … the blast of pure venom and hatred taking me completely by surprise:

The blow slammed into me. I doubled over, winded, and promptly vomited onto the carpet. The boyfriend started to yell. I staggered towards the door, desperate to leave the murky darkness.

Al carried me back to the car. ‘What am I looking for?’ he asked, as he sped along Burns Bay Road.

‘He burns them,’ I said. ‘Cigarette burns. Check the baby.’

My teeth were beginning to chatter. That’s how it worked: first the massive fit of vomiting, then the thudding headache, followed by chills and shivering. I clutched at the doorhandle as he took the sharp left towards Hunters Hill.

I never expect my work with Community Services to be a doddle, indeed, many would describe it as the most thankless profession in the world. But it was my calling, my vocation. I wouldn’t have been happy attending to the over-privileged and indulged like Grandmama Beatriz had; the spoiled and pampered middle class, with time on their hands to over-think and over-analyse, fretting about wealth and self-image, and straying husbands. Don’t get me wrong – I’m sure those people need counselling and guidance as well, and, of course, it would have been an exceedingly lucrative pursuit – but my gut led me a different way. With Al as my supervisor, I was thankful to finally see results; he didn’t pull back and look at me with raised eyebrows or embarrassed discomfit like the others had, he didn’t try to change the subject or even show any skepticism at all.

You see, the thing is – I hear. I hear and I understand, even if I don’t want to. It’s something I was born with, something I have always known. El legado, Grandmama called it. The legacy. I hardly needed to learn how to use the gift – Grandmama said I was especially talented, a master. But then, it didn’t take much – most people are crying out to be heard, the world is full of tortured minds, twisted and suffering, screaming out their disappointments, their vanities, their anguish. They exhausted and dehydrated me, these emotions – the wildly rocketing hopes, the agonising anxieties, and the sinking wretched fears. Even more alarming were the invidious – spite, malevolence – which caused nausea to rise in my throat and jabs to slash across my brain.

‘Disengage!’ Grandmama had cautioned over and over. ‘Disengage! Or you risk derangement.’

I tried. I really did. Mostly.

‘Are you okay?’ Al asked me again when we reached the door.

‘I’ll be fine,’ I lied, ‘A lie down, with a cold cloth over my eyes, is what I need.’ The back of my neck throbbed unbearably and I knew the only way was to throw up again.

‘You can take tomorrow off, if you like,’ Al offered.

‘No,’ I answered firmly, ‘I’ll be in first thing. And you need to warn the old lady in the flat next door,’ I added as he turned to leave. ‘He will punish her.’

Al’s eyes widened and his mouth fell open. He hurried back to his car. When the vehicle had disappeared, I allowed myself to throw up again.

It was as I lifted my head and wiped the scum from my mouth with a tissue, that I saw the man with his hand on the gate, watching me with what I believed, at the time, was concern. He repeated his question to me: ‘Are you all right, there, miss?’

‘Would you like me to call for some help?’

I didn’t notice his startling blue eyes, or his square jaw, because in that moment all I could hear was his melodic voice.

‘Let me get you a chair.’ He hastened up the path, lifted one of my heavy iron garden seats easily and placing it down beside me. ‘What you need is a strong cup of tea with a shot of whiskey.’

‘I’m all right, really,’ Gratitude at his small show of kindness surged over me and I smiled up at him. ‘Thank you.’

‘Well, if I can do anything fer you, you’ve only to give a holler. Aym just over t’road.’ And the man with the mesmerising Irish burr was gone.

I don’t know if the vicious attack that morning weakened me, leaving my brain scrambled and confused, or if I was simply tired of being alone. The man’s rolling accent entranced me. It charmed and dazzled, and left me unprepared for what came later, the sort of aberrant behaviour I expected from other people; troubled folk who struggled with depression or schizophrenia, victims of drug abuse or domestic violence. The sort of behaviour I didn’t anticipate from the fine looking specimen with the long curling lashes and dancing dimples who eased me onto the garden chair, and waited patiently until the colour had returned to my cheeks.”

Have a great November everyone … I think it’s gunna be a hot one here in Sydney.