In which everyone gets excited about gargoyles and Flemish tapestries … 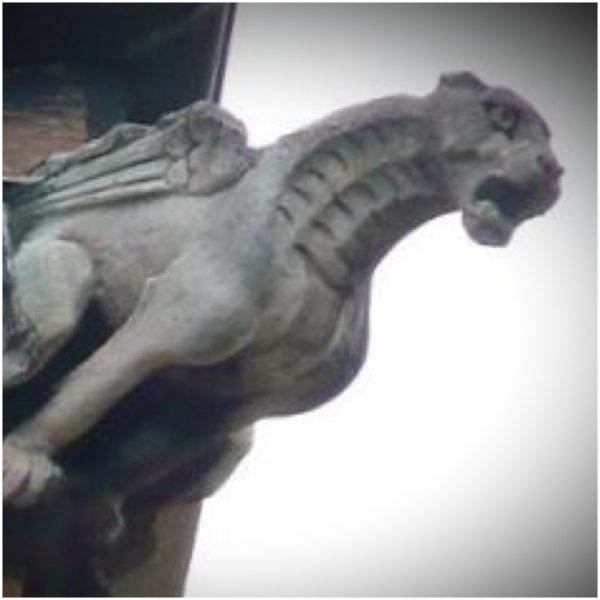 “Gordana replaced the handset gently into the cradle.

‘Don’t bother staying up,’ Richard had said to her, ‘I’ll be working late. You’re not upset, are you?’

She wasn’t upset.  In fact, she didn’t mind one bit. Let him bury himself in his tiresome paperwork: fat dossiers of documents bound in red ribbon, tangled contracts, covenants and affidavits. Disagreeable old goat. She was much calmer when he wasn’t around. And it also meant she could stay in the Tower as late as she liked.

Tomorrow she planned to show her newest purchases to Maurice, who was returning to film a whole segment on gargoyles. He seemed to be very excited about the ugly stone lions which adorned the Tower, telling everyone who would listen that they had actually been stolen from St Mary’s Cathedral by its principal builder, and smuggled over to The Seminary in the back of a dunny cart.

It seemed Maurice was the only one who matched her passion for The Seminary and the splendid transformation which was taking place. He was the only one who really understood and shared her enthusiasm for the beautiful treasures she had amassed: hand-blown glass pendants – a dozen of them – as she hadn’t yet decided which ones to suspend above her white marble benches, swathes of silk and taffeta and linen from Mokum and Pongees and Designers Guild, offcuts of golden oak and Kauri pine and delicious, dark Jarrah for the floors, the Fersa door hardware and the Catchpole and Rye double ended antique bath, both which had arrived simultaneously that morning from Buenos Aires and London, the stiff white boxes, marked with the distinctive Les Verreries de Bréhat logo and filled with finger pulls and finials and levers and, oh! the pièce de résistance, a 19th century French Louis XV bronze and crystal chandelier.

She hadn’t told Richard about the chandelier yet.

The gentleman at the auction house had been very excited about the piece, stating it was circa 1880, and would look magnificent as the centerpiece of the new ballroom.

She hadn’t told Richard about the Louis XVI painted screen or the 19th century Flemish Verdue tapestry, either.

There was that one second where she paused before signing the $154,000 cheque for the three items, but then scrawled her name hastily at the bottom before she could change her mind.”