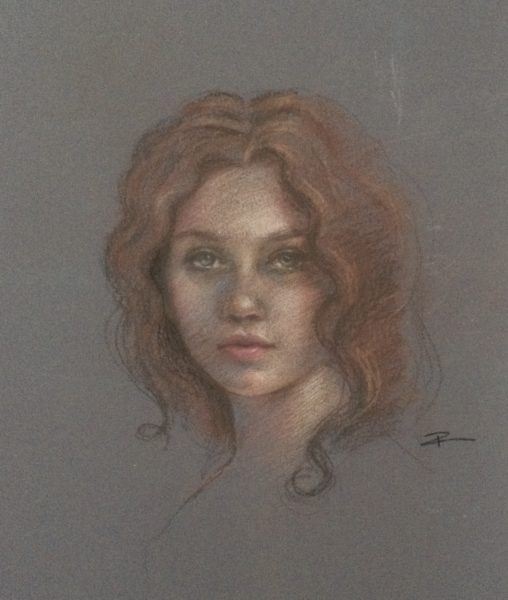 Of late, I’m often being asked: “When will the next book be finished?” “Patience, Grasshopper,” I reply. (No, there are no grasshoppers in the story. Or any other insects, for that matter. There are a couple of worms, though).

Actually, I’m loving the whole process, plugging away and no idea what I’m doing half the time; a career as a novelist doesn’t come with an operating manual and detailed instructions. I must send out a big shout of thanks to my Mikey, though – for his forbearance (and own special brand of patience), for bringing me tea and chocolate, and for laughing at the sign which hangs on the closed door of the studio which reads: “PLZ GO AWAY!”

“She stood by the front gates, uncertain and chewing on her thumbnail, and peered into the courtyard. The place looked exactly the same. Well, maybe not as large as it used to, nothing ever did when you returned to look at it through an adult’s eyes. It was still impressive, though.

The row of magnolias now reached out over the wall and shaded the footpath, the fat white blossoms dropping lemon myrtle-scented petals onto the ground. Wisteria, profuse with tiny violet buds, was draped extravagantly across the porch. The olive tree had grown, too; its silvery grey leaves, heavy with black fruit, waved in the breeze. A driveway had been laid, allowing cars to enter through the gates, drive around the fountain and park in the carriage way.

She hesitated, wondering whether to turn and walk away back to the main road. It had been five, nearly six, years. How would she be greeted? Would she be welcomed back after leaving it so long? Her stomach gave a worrying lollop.

After a few months she’d stopped writing. There had been no point, not when there was never a reply. It had become too distressing. She had poured her heart out in those letters; documenting her days, talking about the few friends she had made at the school and expounding on what she intended to do the moment she could leave, sometimes peppering the letters with outbursts of rage at her circumstances, and sometimes leaving traces of smudged ink on the paper where she had wiped away a melancholy tear. With a savage twang of bitterness, she had finally accepted she was forgotten, and the rest of the world had moved on. Still, she’d always nursed a secret hope that one day she would be able to return, grown and confident, and independent. When she heard that Mr Munroe was looking for a volunteer for the large project in Sydney, she leapt at the chance, immediately planning her reappearance, imagining all the scenarios and playing them out in her mind. And now, at last, she was here.

She hovered her finger over the keypad. Was the passcode still the same? Surely not – it couldn’t be, not after all this time. Funnily enough, it had been her own birthdate which was originally programmed into the lock. How pleased she was, and flattered, when she was told the code. She was made to promise that she would never to disclose the numbers to anyone, and everyone knew that a promise was as good as a blood oath.

Swallowing the anxious knot which had lodged itself in her throat, she punched the familiar digits into the keypad: the mechanism buzzed and the latch clicked as the gate unlocked. It had never been changed! The nervous lollop was joined by a warm glow – maybe she hadn’t been forgotten, after all. She crunched over the gravel and stood in front of the glass doors. All she could see was the reflection of her own anxious face looking back at her. She cupped her hands against the pane and squinted. There she was, hunched over, in her customary position. Her gloriously long hair had been cropped a little shorter and swung forward almost covering her face, but her fingers were pressed against her upper lip in that familiar expression of intense concentration that she remembered so well.

She knocked gently on the glass and assumed the confident, almost haughty, Oh, so sure of herself! posture that she had rehearsed so many times in the mirror. The woman looked up, surprised at the intrusion. Her eyes narrowed, then widened in astonishment.”